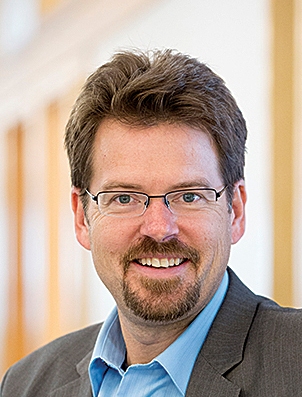 Managing the development of collaborative electronic systems supporting biomedical research with a focus on leading the next generation informatics tools for biomedical research and understanding the underlying molecular causes of inherited genetic diseases and cancer.

Previous to his CRIO role, he was an Associate Professor and Director of Bioinformatics at the Buck Institute for Research on Aging. As an Assistant Professor, he was appointed in Medical and Molecular Genetics at Indiana University School of Medicine and was founder and director of the Indiana University School of Medicine Bioinformatics Core. In 1997, he received his B.S. with Distinction in Biochemistry and Molecular Biology from the University of Wisconsin at Madison. Then receiving a Ph.D. in 2001 at the University of California in San Francisco, and then an American Cancer Society John Peter Hoffman Fellowship at Stanford University.

Professor Mooney has spent his career managing the development of collaborative electronic systems supporting biomedical research. His interests focus on leading the next generation informatics tools for biomedical research and in understanding the underlying molecular causes of inherited genetic diseases and cancer.

His group is funded by the National Library of Medicine and other NIH Institutes, mostly in the area of data science and translational medicine. He also has experience leading the construction of communities; he was co-founder of one of the largest nonprofits focusing on biomedical entrepreneurship in the SF Bay Area, BioE2E, and the Indiana Biomedical Entrepreneur Network. He was part of the team that won the $150k 2000 Garage.com Student Business Plan Competition, where the proposed plan focused on web-based tools for drug discovery research.